This is a guide on Magmadar the second boss of Molten Core.

This is a pretty straight forward boss fight with a few abilities to watch out for. Mainly it’s just a tank & spank encounter.

To start off the fight, when the boss is pulled, the tank will want to turn him sideways and most importantly, make sure he is in a position where his AOE abilities won’t be affecting the casters and ranged DPS.

The first ability that should only affect the main tank is his Lava Breath. This is a short range cone of fire that hits anyone in front of him for moderate fire damage.

Melee DPS players will be affected by Magma Spit, which is a low damage fire dot that can add up over time. It’s not that big of a deal but healers need to toss out heals every so often to keep on top of it.

Casters and Range DPS need to be at max range or they will get hit by Magmadar’s fear which has a 30 yard radius and happens periodically during the encounter.

The main tank will need to stance dance or use fear wards/tremor totems to avoid the fear. In case the MT does get feared, the secondary tank needs to be ready to jump in and get Mag back into position.

Magmadar will target random members of your raid and launch a bomb at them that explodes on impact and creates fire on the ground. Standing in the fire too long will give your character a debuff that does 3200 damage over 8 seconds. It’s very important not to stand in the fire. Fire pots are helpful here if you are having trouble dealing with this ability.

Finally we have Frenzy. Magmadar will occasionally enrage during the fight which buffs his attack speed and overall damage. Hunters will need to use Tranq shot to dispell the effect.

So to wrap up, stay out of the fire, use Tranq shot to keep Magmadar calm, and have the MT stance dance to avoid being feared. Other than that, it’s just a tank and spank encounter with some good position needing! 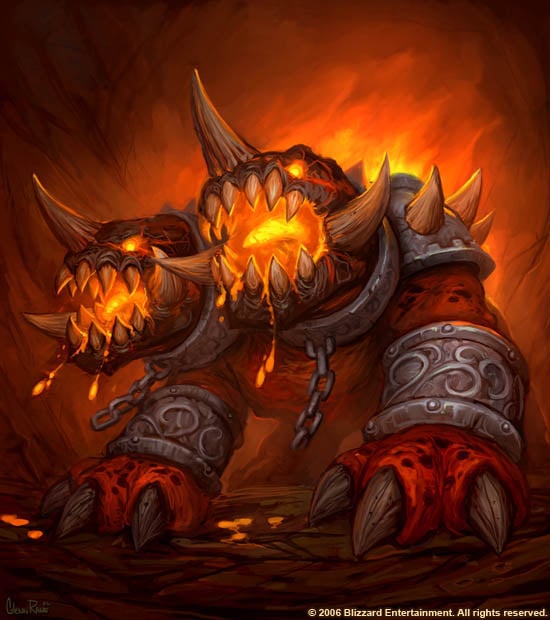