A lot of people have these tales about how terrible leveling as a priest is/was in vanilla. Having leveled a priest in vanilla and once again on Nostalrius, I can say that, aside from hunters and warlocks, they are actually one of, if not the most efficient levelers.

The first issue I believe most people have is thinking that one has to spam spells to do damage, and priest spells – Mind Blast in particular – can be horribly mana-inefficient. However, there exists an amazing ranged weapon type called wands.

The second issue is distinguishing the difference between DPS (damage per second) and DPM (damage per mana). While leveling, one wants to be efficient, which most people interpret as “kill stuff as fast as possible.” What being efficient actually means is earning as much experience per hour as possible. Priests can kill things really fast, but if one spends twenty seconds drinking after every kill or two, one is not being very efficient.

This guide is meant to help one level efficiently and quickly by utilizing one’s talents and equipment, teaching one which spells to learn and which to avoid, and advising one on how to use the spells one has.

In addition to the normal racial abilities, Priests gain spells depending on the race they choose. It’s important to understand what each of the racials and spells do before one makes a decision.

All of these racials considered, the best race is…

Your race won’t make a huge difference in performance. In fact, the benefit one race has over another is nearly negligible, except in the case of Dwarves. Fear Ward is such a tremendous spell, and its usefulness to a group heavily outweighs the other racials available to the Alliance.

It is true that every spell has some use. There is at least one scenario where every priest spell in the game is worth using. However, while leveling, some spells are simply unnecessary, and learning them is nothing more than a waste of money. Other spells (like Smite) are useful very early on, but quickly become useless as other spells become available.

If money is a concern, be sure to only ever learn these spells:

It is always worth ranking up any spells learned through talents or racials. Also, if there is some extra gold left in the ol’ coinpurse, consider buying Resurrection, Renew, Prayer of Healing, Fade, and Flash Heal. These spells are useful while healing dungeons, and worth the money if one chooses to do so. However, don’t break the bank for these spells. It is quite possible to get by without them, and using the money for a mount instead is better than having a wider variety of healing spells.

Knowing which spells to cast is important. Remember, while leveling, damage per mana is more important than damage per second, in order to maximize efficiency. The following spells are in descending order of most mana-efficient to least mana-efficient. This list assumes that the spell is dealing its full damage.

*Mind Blast is the highest DPS spell available to a priest but is not very mana efficient. I generally only use this spell in PvP fights where it is more important to kill someone quickly than efficiently or to instantly tag a mob when there are a lot of people around.

Choosing the correct talents is extremely beneficial to the leveling process of a priest. Two of the talents available in the first row are actually the key components of a priest’s efficiency: Wand Specialization and Spirit Tap.

Upon reaching level 10, put your first point in Spirit Tap, then alternate between putting points in Wand Specialization and Spirit Tap until both are maxed out. From there, place your points in the following:

* If PvP is not a concern, these points (and the point in Silence) can be put in other talents. It would be best to put the two points from Improved Psychic Scream into Shadow Focus, and the remaining points into Blackout.

Upon reaching level 40, immediately make a mad dash to the nearest priest trainer and respec. Then, choose these talents. Shadow Form is an incredible buff. The combination of increased Shadow damage and reduced Physical damage taken is wonderful for leveling, and well worth losing Wand Specialization for.

However, immediately after hitting level 40, go right back to putting points in Wand Specialization. From there, place your points in the following:

Once you’re level 60, this build continues to serve as an effective soloing build but does not work well in PvP or group PvE content.

A priest’s gear, despite what many seem to believe, makes a rather significant impact on their ability to level efficiently. Of course, better gear is always nice to have, but what is important is understanding why certain gear is better, and knowing what stats to look for on gear. It’s impossible to accurately calculate the value of each stat for leveling, but understanding what each stat does can help one make better decisions when choosing what gear to use.

The stat priority for leveling is loosely as follows: Spellpower > Spirit >= Mp5 > Haste > Intellect > Spell Hit > Spell Crit > Stamina > Agility. When choosing between Mp5 and Spirit, remember that 1 Spirit is worth .625 Mp5 while not casting, and 1.25 Mp5 while not casting if Spirit Tap is active. Also, keep in mind that Spirit is doubled by Spirit Tap, but Mp5 is not.

Don’t ever worry about the armor value or level of gear. The other stats are what is important. The amount of damage reduction gained by focusing on armor values will make little to no impact on leveling at all, and never look at the gear equipped on a character and think it needs to be replaced because it’s “out leveled.” The level of the gear is irrelevant. Vanilla has some terrible items. Level 40 gear can have worse stats than a level 20 item with great stats. Great pieces to look out for are the Dreamweave pieces, the Shadoweave set, Honored PvP reputation gear, and any decent cloth boots because, for whatever reason, good cloth boots are hard to come by.

From my experience, you will want to have certain gear slots dedicated to either Spirit or Spellpower. This is based on the availability of each stat in each slot. For example, there are very few necklaces available that provide Spellpower while leveling. As such, it would be a slot I would primarily dedicate to increasing my Spirit.

As I’ve mentioned many times in this guide so far, wands are one of, if not the most important part of a priest’s leveling. A good wand is going to significantly increase a priest’s leveling efficiency. In order to drive home the importance of a good wand, I’ve compiled a list of the best wands available for each level and where they are obtained. If possible, obtain these wands before they can be equipped, so time is not wasted using an inferior wand.

* A trinket is also available as a reward for this quest. The trinket is generally much better and will prove more useful than the wand. However, the option to take the wand is there, should healing not be an interest.

A lot of the best wands available are Bind on Equip, which means relying on luck and RNG to drop the wand or buying it. The best wands available are going to be expensive, which means the bank might have to be broken a few times to obtain them. However, if too much money is spent on wands, other equipment, and training, there won’t be enough money left in the bank to buy a mount and riding training at level 40.

A mount, and the ability to ride it, is a great way to improve efficiency while leveling. Less time traveling means less time not earning experience. If leveling efficiently and quickly is the goal, it is an absolute requirement to have a mount the moment level 40 is achieved. That means managing money properly. The following tips should help fill those pockets with plenty of coins:

When that ass is firmly planted in the saddle of a sexy steed, feel free to spend as much money as desired. A lot of people suggest (and complain about) saving 1000 gold to buy an epic mount and the training necessary to use it. Don’t bother. The whole point of a mount is improving efficiency. Leveling from 40 to 60 with a mount is much faster than without, but in order to use an epic mount, one has to be level 60 anyway, and at that point, there is no need to be efficient. Raid bosses won’t die faster if you have your epic mount. They will die faster if the damage dealers aren’t dying because the priest could afford decent BoE gear at level 60.

When level 60 is achieved, money should generally be spent on one of two things: gear, or professions. As a priest, I would suggest taking the time to level tailoring, because a few of the crafted tailoring items are best-in-slot. Enchanting and Alchemy can also make a decent amount of money at higher levels. Everybody needs enchants and consumables. If professions aren’t interesting (that’s silly), use the gold to buy BoE gear, or join GDKP runs and bid on good items.

As I mentioned at the beginning of the guide, people have this misconception about how one is supposed to level a priest. Many believe that in order to kill a mob, they have to use all of their mana to continually cast spells. However, this is horribly inefficient, as doing so will burn through mana much too quickly, and despite killing mobs quickly, the priest is having to sit down to drink more often.

Instead of only using spells to kill mobs, a priest should also be using their wand. Doing so allows their mana to continue regenerating even while in combat, as long as a spell has not been cast for five seconds. Wands cost no mana to use, cannot be interrupted or pushed back like spells, and actually do a great bit of DPS.

Keep these tips in mind to help level quickly and efficiently: 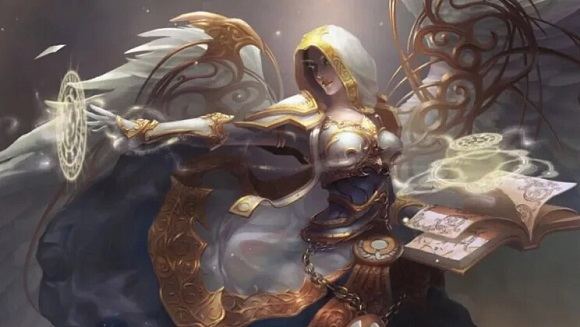