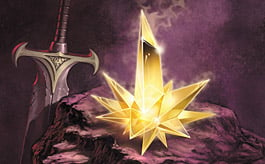 This Vanilla WoW Mining guide can help you from 1 to 300 Mining. With a little patience, you should be level 300 before you know it!

What you’re going to need

Mining skill (obviously). Go see your local mining trainer to get trained. Once trained, purchase your mining pick. Can’t mine without one (these can also be enchanted if you want, makes absolutely no difference, but it’s cool to have.)

Even if you have your mining pick enchanted the standard mining animation remains the same. You will only see the glow of your enchantment when you equip it like a normal weapon. A player on our server even had a Crusader enchant put on their mining pick and told me that the proc happens when they mine, can’t confirm this for sure, but it does seem really pointless.

Optional, but recommended extra: get the cheapest pair of gloves you can find and get them enchanted with +5 mining skill (shouldn’t cost you more than 2g, as it takes 3 x Truesilver Bars and 3 x Vision Dust). Don’t bother with the +2 enchant as it’s not worth it.
If you’re an engineer then make yourself a Goblin Mining Helmet as this will add +5 to your mining skill.

Also, please remember that mining nodes only appear on the side of hills, cliffs, mountains, etc. So your unlikely to find any ores in the great rolling plains, unless there is a small hill there. Also, note that Darnassus has NO ore whatsoever! So if you’re a Night Elf and want to mine, get your booty over to Darkshore ASAP. So with that in mind, always follow the cliff faces or hillsides.

Estimated number of nodes to mine = 30

This bit is easy. Mine about 50 copper and smelt. You can use any of the following suggestions for mining routes or make up your own, as copper is so abundant:

*At level 50, go back to the mining trainer and learn Journeyman Mining.

Estimated number of nodes to mine = 60

This part is a pain in the butt if you don’t have a mount, as the tin veins you’re going to need to mine are more spread out and not as common as the Copper you’ve just been mining. You also stop getting skill up’s from smelting after about level 85 (Silver is the last thing to give you a skill up). The leg from 100-125 is also pretty bad, as Tin is green at this stage, and therefore you’re getting skill ups at fewer intervals (just pray its a Silver spawn, instead of Tin, as this will still be yellow to you).

Horde & Alliance even on PvP servers you can still use these routes and areas.

The easiest way to level up to 125, is to go to The Wetlands and find Thelgan Rock (it’s near the entrance to Dun Algaz – 53,64 for those with location addons). There is a cave there, that is full of spiders and a quest ore called Incendicite. This is an Alliance only quest, but Horde can still mine the ore. Now the ore itself is worthless and only used to complete the quest, but you can mine it from level 65 until about level 125. The nodes respawn quickly and you can level up your mining in less than an hour if you’re the only one in the cave.
If your Alliance and want to do the quest, go see Pilot Longbeard in The Miltary Ward in Ironforge for the starting quest. He’ll send you to speak to Pilot Stonegear in Kharanos, who then gives you the quest.
Thank you to everyone who suggested this, especially Plog

Lesser Bloodstone: go to the cave in northeast Arathi Highlands, just to the east of Hammerfall (path to the cave is at 80,40) and mine the nodes inside. It’s used as part of a quest chain that’s started in Booty Bay by Corporal Kaleb (in the tavern). You only need to keep four of them for the quest.
Thanks to Garleth for this one

I actually combine two of my routes here, if I have time. They are as follows:

There only two other places that I bother mining for Tin and that is:

But you could also try the following places:

Estimated number of nodes to mine = 100

*At level 125, go back to the mining trainer and learn Expert Mining.

From now on both Horde and Alliance can follow this guide easily, so I’ll won’t have separate sections.

Do the Thousand Needle route above, but take in The Shimmering Flats as well this time.

Estimated number of nodes to mine = 125

*At level 225, go back to the mining trainer and learn Artisan Mining.

So now we come to the real money-making stuff, Mithril. This stuff is used in such quantities by Engineering and Blacksmithing that you will always sell what you mine for a good profit.

Estimated number of nodes to mine = 160

This is the reason you took up mining, Thorium. What a moneymaker. You’re also looking to get Arcane Crystal from the rich veins, which will sell for about 20g each (depends on your server).