Seeing as how the [Warrior] Future of a DPS Warrior thread is well over 3000 posts now, it’s getting harder and harder to find all of the relevant material and frequently asked questions are cropping up again and again, this is the start of my attempt to compile all of the DPS Warrior knowledge that I’ve managed to obtain. Depending on gear level and current items, stat priority is:

Only reason to gem for hit is if you’re under 9%, otherwise take items that have the best distribution of dps stats. Despite what the rogues tell you, leather is fair game.

Expertise can be treated similarly to Hit when under 4.25% Dodge reduction (2% free from talents) most players however don’t see it as mandatory as Hit under 9% is seeing as it’s harder to obtain. Humans using Swords/Maces and Orcs using Axes gain an additional 1.25% expertise, so the “cap” is 3%. Also note that Expertise Rating rounds down, partial amounts of Expertise do nothing. The “cap” therefore would be 25 Expertise.

* Expertise still doesn’t have a definitive cap per se, but due to extensive discussion on the topic it’s been accepted that shooting for 6.25% dodge reduction is optimal. If the cap is slightly over 6.25%, it’s not worth itemizing to get that tiny bit less dodge when Expertise only comes in chunks of 0.25%. The other hypothesis is that Expertise is impossible to cap completely and functions similarly to the spell hit cap, where there will always be a small percent chance that the boss will dodge, regardless of your Expertise. In either case, shooting for 6.25% dodge reduction brings you as close to the cap without overshooting, if there is a cap.

Armor Penetration is a unique stat in that it is the only stat to scale with Increasing Returns as opposed to Diminishing Returns. More Armor Penetration yields more % increase in damage until the target’s armor reaches 0. Soft cap for Armor Penetration (ArP from here on out) is roughly 1350 for T6 level bosses with all armor reducing debuffs and Executioner enchant.

*Not actually 0%, but for all intents and purposes mobs cannot Parry nor Block attacks made from behind, which is where you should be dps’ing from.

That’s the priority for attacks. Players cannot land Crushing Blows, mobs cannot land Glancing Blows. Mobs can’t Parry or Block from behind, which is where your melee dps should be done. Dodge is assumed to be 5.6% for most bosses. Important to note that additional +hit does NOT increase your chance to land a Normal Hit, but rather DECREASES your chance to Miss.

In this fashion, under extreme circumstances you can become “crit capped” where additional Crit will not increase your chance to land a Critical Strike. This occurs if the total value of the options above Critical Strike on the attack table become sufficiently high as to reduce the possible Crit below it’s normal value. Example:
Miss – 28%
Dodge – 5.6%
Parry – 0%
Glancing – 25%
Block – 0%
Critical – 50.5%
Crushing – 0%
Normal Hit – 0%
Under these circumstances, Crit will be capped at 40.5% even though you have a 50.5% listed chance. This is because the total cannot be more than 100%. 100% – (28% + 6.5% + 0% + 25% + 0%) = 41.4%. For most sensible levels of gear and under most circumstances, you will not reach the crit cap unless affected by something along the lines of Recklessness which would grossly inflate your Crit chance.

Contrary to popular belief, 33% chance to Crit will not guarantee 100% Flurry up-time, not even close. A relatively close formula to calculate Flurry up-time is:
1 – ( 1 – c ) ^ x
Where ‘c’ is your Crit chance expressed in decimal (i.e: 35% crit = 0.35) and ‘x’ is the number of attacks made in one cycle of Flurry (3 from auto attack swings, and generally one additional from instant attacks; 4 is a commonly used number).

17/44/0
>20%:
Keep it simple, Bloodthirst and Whirlwind should always be on cooldown. Heroic Strike if rage is over 60 and Bloodthirst and Whirlwind are both on cooldown. Heroic Strike is primarily a rage dump, use it to keep your rage under 100 and still maintain the rage required to keep Bloodthirst and Whirlwind on cooldown. In terms of priority: Bloodthirst > Whirlwind > Heroic Strike. Commonly referred to as 3xBT, 2xWW cycle. (3 Bloodthirst = 18 seconds, 2 Whirlwinds with 1 point in Improved Whirlwind = 18 seconds). Refresh Rampage with as few seconds left on the buff as possible while at the same time not letting the buff run out. 6-7 seconds left is a generally a good time to start looking for an opportunity to rebuff.
20%
Slam is an important part of this spec’s dps. Slam resets your swing timer so it’s best timed directly after a white hit (in order to minimize time wasted on a reset swing). Get an addon such as Quartz to help if you have latency problems, practice on some Blasted Lands mobs for Slam timing. Learn to use Slam. Generally this cycle is:
Auto -> Slam -> MS -> Auto -> Slam -> WW -> Auto -> Slam -> MS -> Auto -> Slam -> Instant
Battle Shout or Demoralizing Shout for example can be used as the last instant in the rotation. This rotation is commonly referred to as 4xSlam, 2xMS, 1xWW. One thing to note about Slam usage, if your attack speed goes below 2.5 seconds, drop Slam from your cycle and use Heroic Strike to manage your rage. Another option is to simply Slam only when Mortal Strike and Whirlwind are both on cooldown. This requires some practice and a feel for the play-style.
Cat’s Swiftness. On even some of the most remotely mobile fights: Cat’s Swiftness > Dexterity.

Surviving in a fight is key. Dead warriors don’t dps. There are several tools at a warrior’s disposal that can greatly increase his chances of survival:
Berserker Rage: Bersker Rage breaks Fear, use it to your advantage and avoid being feared into fire. It burns.
Defensive Stance: Reduces all incoming damage taken by 10%, the difference between Berserker and Defensive stance is 20%. This is significant.
Shields: Warriors can use a shield to mitigate physical damage. Abuse this.
Shield Wall: Under dire circumstances, using your cooldown on Shield Wall instead of Recklessness can save your life.
Shield Block: A blocked attack cannot crit. If you do manage to pull aggro on some mob, Defensive Stance and Shield + Shield Block as fast as humanly possible.
Cancel Auto Attack: Warriors have no reliable way to control threat other than passive buffs such as Blessing of Salvation. If you can’t afford to attack a boss/mob without pulling aggro, don’t attack the mob at all until the tank gets a lead.
Commanding Shout: On some encounters there are expected bursts of damage, aoe or single target, in which case it can be beneficial to use Commanding Shout instead of Battle Shout (if at full hp) until the expected burst is over. Naj’entus/Illidari Council/Mother Shahraz come to mind.
The biggest life saver is to make friends with your local paladin and beg him politely for a single buff of Blessing of Salvation. Under no circumstances do you do anything that jeopardizes the Raid. Do nothing that jeopardizes your own health. Leave your e-peen outside the instance.

The formula therefore after 1.8 is:
normalized_damage = base_weapon_damage + (X * Attack Power / 14)
where X is the listed value for the specific weapon type. While the normalization of Attack Power greatly reduced the impact of having a slow weapon for instant attacks, slower same-dps weapons still produce a slight dps increase for instant attacks. This is because a weapon with 100 dps and a fast attack speed has a relatively low damage range, while a 100 dps weapon with a slow attack speed has a higher damage range. Therefore the increase in base weapon damage used in the formula makes the slower weapon come out slightly on top. In short: instant attacks still benefit from slow weapons, just the difference is not as large as it once was.

Based on the previous information about Attack Power Normalization, it comes to mind that there would be certain weapon setups/speeds that would be more desirable than others for dps.

Dual wielding when the boss is >20%, the weapon setup that generally yields the highest dps is a slow Main-hand weapon and a slow Off-hand weapon (slow being 2.6+ generally). This is because of the changes made to Whirlwind in patch 2.3. Whirlwind previously hit with only the Main-hand weapon, however now Whirlwind attacks with both weapons instantly. Due to this change, dual-wielding slow weapons will yield a slight, but noticeable dps increase as opposed to dual-wielding slow/fast or fast/fast (Main-hand/Off-hand) weapons. Bear in mind that dual-wielding slow weapons will also result in a streakier rage flow, which can be detrimental to your play-style and your dps. Use whatever you feel most comfortable with at your gear level, aiming for slower weapons where possible. Also note that while slower weapons are slightly better, dps and stat allocation are also important factors of dps and should be accounted for. Under 20% of a boss-fight, it can be beneficial to switch to two fast weapons to maximize rage generation in a short period of time. The goal under 20% as dual-wield Fury is to Execute on every global cooldown, Bloodthirsting whenever rage spikes past 30 rage over the duration of a global cooldown (see FAQ for exact values). Therefore switching to two fast weapons can help guarantee Executes on every global cooldown, or at the very least get you closer to this point.

For two-handed dps, there are a couple things to note about weapon speed. First off, the use of Slam as a dps tool impacts the desired weapon speed. Secondly, Mortal Strike and Whirlwind are both normalized attacks, while Slam is not. While using the 4xSlam, 2xMS, 1xWW dps rotation, the closer you can get your weapon speed to 2.5 seconds the better. At a weapon speed of 2.5 seconds, you’re constantly using abilities as soon as the global cooldown is up thus maximizing dps. Haste can help you reach this point however it should not be explicitly aimed for as a goal. Take the gear that is the largest upgrade for you at the time. While it is preferable to obtain a 2.5 second weapon speed, deliberately picking faster weapons for this purpose will likely decrease your dps because of Attack Power Normalization. Slam and Heroic Strike are not normalized at all and therefore receive the full bonus from slow weapons, Mortal Strike and Whirlwind are normalized but still gain a slight benefit from using slow weapons. This being said, the weapon dps and stat allocation are the most important factors in picking a weapon. [Cataclysm’s Edge] is a superior weapon to say, [Torch of the Damned] because the weapon dps is higher, despite Cataclysm’s Edge being 0.3 seconds faster.

Disclaimer: Please remember that 90% of how well you dps is going to be based on your own experience and play-style. Cater to yourself and do what you find to work best.

Anything you can think of to add to this, feel free to post. It’s obviously a work in progress as there’s so much information on Warrior DPS, it’s hard to get it all together in one post in one go. 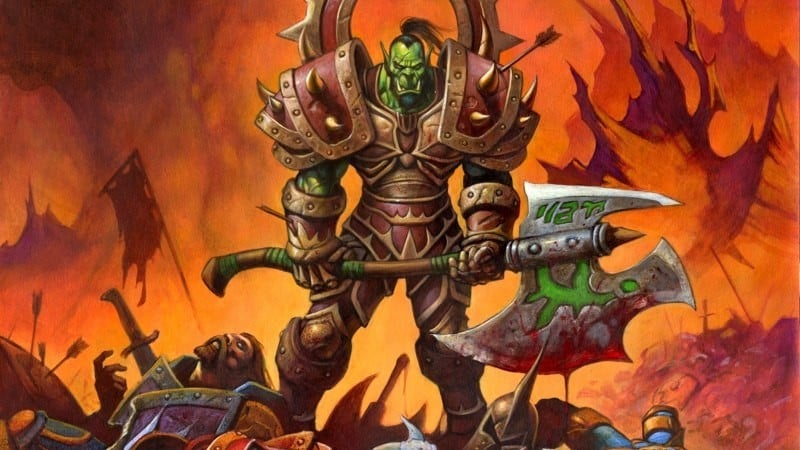