Unlike Skeram, Sartura is much more strait forward. So lets cover some of their abilities.

is more of a representation of the unpredictable nature of this entire fight. You will experience occasional aggro resets, where Sartori and her ADDS will chase random targets for up to 5 seconds. After which they will return to their highest threat target. (Make sure your Warriors rotate Taunts, Challenging Shouts, and Mocking Blows appropriately.)

is an ability of the Royal Guards to send their target flying back.

is Sartura’s signature ability. Thus successfully turning herself into a BeyBlade and resulting in a redonk amount of AOE damage. (2000-3000 on Cloth, 1000-1500 on Plate)

is Sartura’s Royal Guards being peer pressured into starting a BeyBlade sequal. They successfully deal AOE damage, however, it is significantly less than Sartura. (Use limited Invulnrability potions if you’re ever in a tight spot during this fight)

is an after effect of Sartura’s whirlwind, dealing slight damage and reducing your armor. This ability also is AOE.

So long as Sartura and her Royal Guards are not using Whirlwind, they can be stunned.

occurs when Sartura is at 20% health. At this point, focus all attention and cc’s onto her and burst her down ASAP.

After 10 minutes of being enraged Sartura will enter Kaioken X100 and will likely wipe your raid. Be sure to burst her down quickly to avoid this stage of enrage.

Due to the unpredicatable nature, positioning is….difficult and not set in stone. Avoid the scarab room entrence, and play smart. However here is a rough explanation of what should be done.

Wait until Sartura is at the farthest point of her room before sending your main Thicc boi (Warrior) in to tank.

Everyone needs to start spreading out to their assigned targets. At this point the other Warriors should be splitting up the ADD’s before the unpredictable behavior starts.

CONGRATS you’ve done it !!! Onto the next boss ! 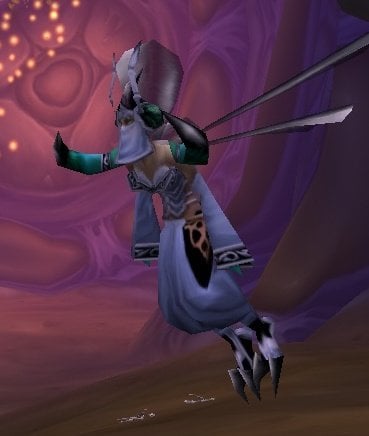 These are very helpful. I like the breakdown text so I dont have to watch the whole vid =P