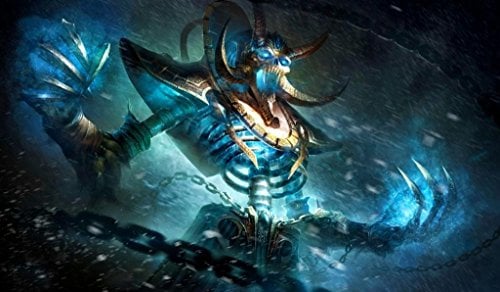 The following is a Guide for the Final boss of Vanilla World of Warcraft Raid Progression, Kel’Thuzad.

Let’s start by covering Phase one of the encounter.
Phase one starts after your raid steps into the center
of the room. KT will begin with a short monologue and the
raid is surrounded on all sides. This phase will last for 5
minutes, and during wich KT will send waves of enemies at the raid.

These waves start out slow,
increasing in speed as the phase continues,
and are made up of several unique adds with different abilities.

Very slow movement speed,
can be shackled. Are easily killed by 2-3 abilities.
Soldiers can use Dark blast.
This is an AoE of 2500-3100 shadow damage
This ability occurs when the Soldier gets into
Melee range with a member of the raid, and kills the soldier in the process.

Incredibly hard hitting Melee adds That can
apply a mortal wounds debuff on the tank,
making them a priority target for the melee DPS
to focus them down. The mortal wounds debuff can stack,
So tanks will need to rotate to prevent it stacking too high.
Healing is reduced by 10% per stack.
it is Important to note The abominations are
vulnerable to being disarmed, wich can help deal
with some of the damage.

Very slow movement speed, and only attacks when near
the target they are aggroed on. Ranged DPS should primarily
be focusing on these adds. When they get close they will use
Wail of souls, dealing 6300-8600 shadow damage
to multiple targets, as well as knocking them back.
They can change aggro targets quickly, so make sure
never to get close to these.

After surviving for roughly 5 minutes, Phase 2 will begin
and Kel’thuzad becomes active. Quickly deal with any
remaining adds before moving on to deal with him.

Deals 9,000-11,000 Frost damage to his current target,
casting these at random intervals.
Melee DPS must rotate interrupting these,
as even one frost bolt getting through can easily result in your main tank getting killed.

Every 15 seconds, Kel’Thuzad will cast a frost bolt at every member of the raid,
Dealing 2700-3500 frost damage.
This damage can be completely resisted with high enough resistance.

Every 60 seconds, Kel’Thuzad will cast mind control on the main tank, and 4 other raid members.
When this ability is used, it results in a complete aggro wipe.
All DPS should stop roughly 5 seconds before this ability,
with mages and warlocks focusing on using CC to control the mind controlled targets.

Periodically throughout the fight Kel’Thuzad will place this debuff on random raid members who use mana.
This causes them to explode after 4 seconds,
Dealing damage based on how much maximum mana they have in a 10yd AoE,
as well as burning half of the original targets current mana pool.

Periodically during the fight Kel’Thuzad will target random
players with a Frost blast, Dealing 130% of the targets HP
over 5 seconds and freezing them solid.
Healers must react quickly to heal affected
raid members through the damage as this ability can kill
its targets very quickly. This ability will also
chain to other targets within 10yd of the original target.
This means that players must remain spread out throughout
the fight.

Kel’Thuzad will periodically place a red circle beneath players
feet that will kill them after 3 seconds if they don’t move
out of the circle. These are fairly easy to avoid as long
as all the players are paying attention during the fight.

After the raid Reduces KT’s health to 40%, this will begin
phase 3. Five Ice crown guardians will spawn to assist
KT at this point. Three of these can be shackled by preists,
but the remaining two must be picked up by tanks or kited.

These Ice crown guardians have an ability called Blood tap,
Granting them +15% DMG and +10% size per stack up to 99.
They gain one stack when they change targets, and All 5
gain one stack anytime a raid member dies.

That pretty much wraps it up for this guide. Kel-thuzad is
one of the hardest encounters in Vanilla WoW, but by
keeping this information in mind, you should have no problems.