Getting your first mount is one of the best feelings in the World of Warcraft! It is one of the most crucial parts of the leveling process and helps tremendously with getting around the world. With the launch of Burning Crusade Classic, that brings up a lot of questions about how much your mount will cost and what the level requirements will be to ride it. Today I wanted to spend some time answering all of your questions regarding mount prices, speeds and level requirements.

Your first mount can be bought at level 30 in Burning Crusade Classic. This was an interesting decision because previously this level requirement wasn’t lowered until the end of the Burning Crusade expansion.

This Mount is typically called your “slow mount” because it only adds an extra 60% movement speed instead of the 100% that the “fast ground mount” adds. While it is the “slow mount” it will feel amazing when you are no longer walking!

The riding skill to use the slow mount will cost 35 gold (before any faction discounts) and require level 30. The mount itself will cost an additional 9 gold.

Your next mount can be bought at level 60 in the Burning Crusade expansion. This new mount is a huge improvement over the much slower first ground mount.

This mount gives you an extra 100% movement speed and is a lot of fun to ride!

The riding skill to use the fast mount will cost 600 gold before any reputation-based discounts. The Journeyman riding skill will require you to be level 60. The bulk of the price will be in the riding skill but the mount itself will cost an additional 90 gold.

Your next mount will be the slow flying mount. This mount only adds an additional 60% movement speed. To learn Expert Riding which is required to ride this mount you will need to be level 70. The only exception to this will be Druids. Druids can slow fly at level 68 when they get flight form.

Expert Riding will cost 800 gold and then you will need to spend an additional 100 gold to buy the mount. This sounds like a pricey endeavor for a slow mount but it is well worth it.

This mount will allow you to farm the elemental plateau and do additional daily quests. The mount can also help you get to places quicker because you can fly over obstacles and go in a straight line.

Alright, so you have saved up your 5000 gold and are ready to party with the big boys and girls. This is the big one! Once you unlock Artisan Riding you are ready to spend an additional 200 gold to buy a fast flying mount and own the skys!

This fast flying mount moves at 280% movement speed and soars through the sky! This mount is well worth the investment if you can gather up the gold but 5200 gold isn’t the easiest thing in the world to come by.

When do you get your first mount in Burning Crusade Classic?

In TBC Classic, you get your first mount at level 30

How much does level 30 riding cost in Burning Crusade Classic?

Your first riding skill in TBC Classic will cost 35 gold without any discounts.

When do you get your fast ground mount in TBC Classic?

You can learn fast riding at level 60

How much does level 60 riding cost in Burning Crusade Classic?

When can you fly in TBC Classic?

You can buy slow flying at level 70 in TBC Classic. Druids can actually get flight form at level 68.

How much is slow flying in Burning Crusade Classic?

How fast is slow flying in Burning Crusade Classic?

How much is fast flying in Burning Crusade Classic?

Racial traits are special abilities and powers granted to characters in World of Warcraft based on their race. These racial traits come in both active and passive forms. Each unique race receives 4 racial traits in the Burning Crusade expansion. (Several of these will be passive and at least one will be active per race).

Some things to note:

increases chance to critically hit with Guns by 1% as of Patch 2.3 (was increase Gun Skill by 5).

Escape the effects of any immobilization or movement speed reduction effect. Instant cast. 1 min, 45 sec cooldown as of Patch 2.3 (was 1 min).

15 point skill bonus to Engineering (note, this also raises the cap by 15 at each level of Engineering).

Activate while immobile and out of combat to enter stealth mode. Movement or damage cancels Shadowmeld.
Passively boosts stealth mode of rogues and druids.

Become a wisp when dead with 50% movement speed increase.

Gift of the Naaru

Increases chance to hit by 1% for you and all party members within 30 yards. (Warriors, Paladins, and Hunters)

Increases chance to hit with spells by 1% for you and all party members within 30 yards. (Priests, Mages, and Shaman)

5 point skill bonus to Jewelcrafting (note, this also raises the cap by 5 at each level of jewelcrafting).

Activate to increase attack power and spell damage/healing by an amount based on level/class for 15 seconds, decreasing healing done to the user by 50% for the duration. 2 minute cooldown.

Increase resistance to stun effects by 15%.

Damage done by Hunter and Warlock pets increased by 5%.

Expertise with One- and Two-handed Axes increased by 5.

Activate to stun opponents – Stuns up to 5 enemies within 8 yards for 2 seconds. 2 minute cooldown.

15 point skill bonus to Herbalism (note, this also raises the cap by 15 at each level of herbalism).

Activate to increase attack and casting speed for 10 seconds. Speed is raised by 10% at full health, increasing as health is lost to a maximum bonus of 30%. 3 minute cooldown.
Costs 10 Energy, 5 Rage, or 7% of base mana.

5% damage bonus when fighting against Beasts.

Will of the Forsaken

When activated, regenerates 7% of total health every 2 seconds for 10 seconds. Only works on Humanoid or Undead corpses within 5 yards. Any movement, action, or damage taken while Cannibalizing will cancel the effect.

Activate to silence all enemies within 8 yards for 2 seconds. In addition, you gain 10 energy or (5 + Level) mana for each charge of Mana Tap currently affecting you. 2 min. cooldown.

10 point skill bonus to Enchanting (note, this also raises the cap by 10 at each level of enchanting).

Increase all Resistances by 5. 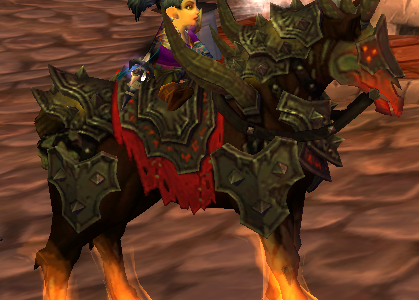 These files allow you to import Legion models into the TBC client. Biologyst created this mod and posted a thread on the warmane forums here. The thread used to have youtube videos demonstrating the mods but those have been removed. Thanks again Biologyst for making something cool that my friends and I enjoy.

To upgrade the models in your burning crusade client, simply paste the files below into your Data folder. Once you login you should see the difference right away. I hope you guys enjoy this as much as I have! 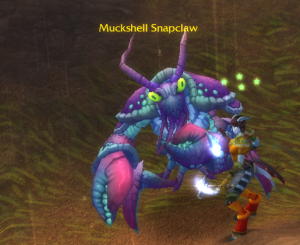 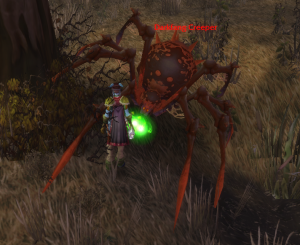 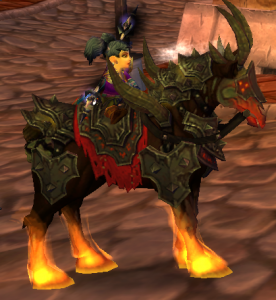 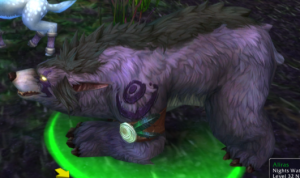