TotemTimers aims to help managing totems, shields, and weapon buffs, showing additional info about active totems (range, cooldowns) and provides additional totem sets. For enhancement shamans (and soon for ele/resto also) it provides additional timers displaying the cooldown of the most important spells and the number of Maelstrom Weapon stacks. TT supports ButtonFacade and rActionButtonStyler for customizing its appearance.

A big thanks to all who kept the localization of TT up-to-date. To make that easier I switched to the localization system at CurseForge. There you can find and edit missing entries more easily and you don’t have to upload files anymore. 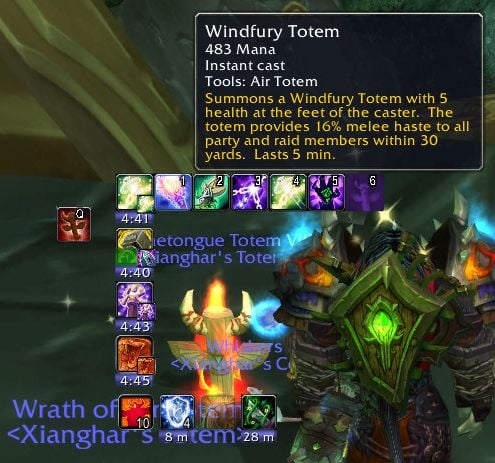