It is a simple game we play on raids. Someone suggests a game of 1-n, you say ‘1’ in raid if you are going to play, and then when the person who initiated the game says ‘Roll’ you /roll 1 n. The lowest roll pays the highest roll the difference between their rolls.

The AddOn simplifies this process. You can enter n into an edit box, and then press Accept Ones to start reading in the 1’s that signify someone wants to play. If at least one person says ‘1’ then you can say ‘Last Call’. In order to say ‘Roll’ you need two players, so the New Game button is available to you up to this point. When you press ‘Roll’ it will start accepting everyones rolls. If the game is still going you can press ‘Roll’ again to output a list of people that still need to roll. In the event of a tie the mod will prompt the people who tied for a reroll until the tie is resolved.

Output when the game is over looks like the following:

Have fun, and try not to gamble too much on raids! – Mayong@korgath 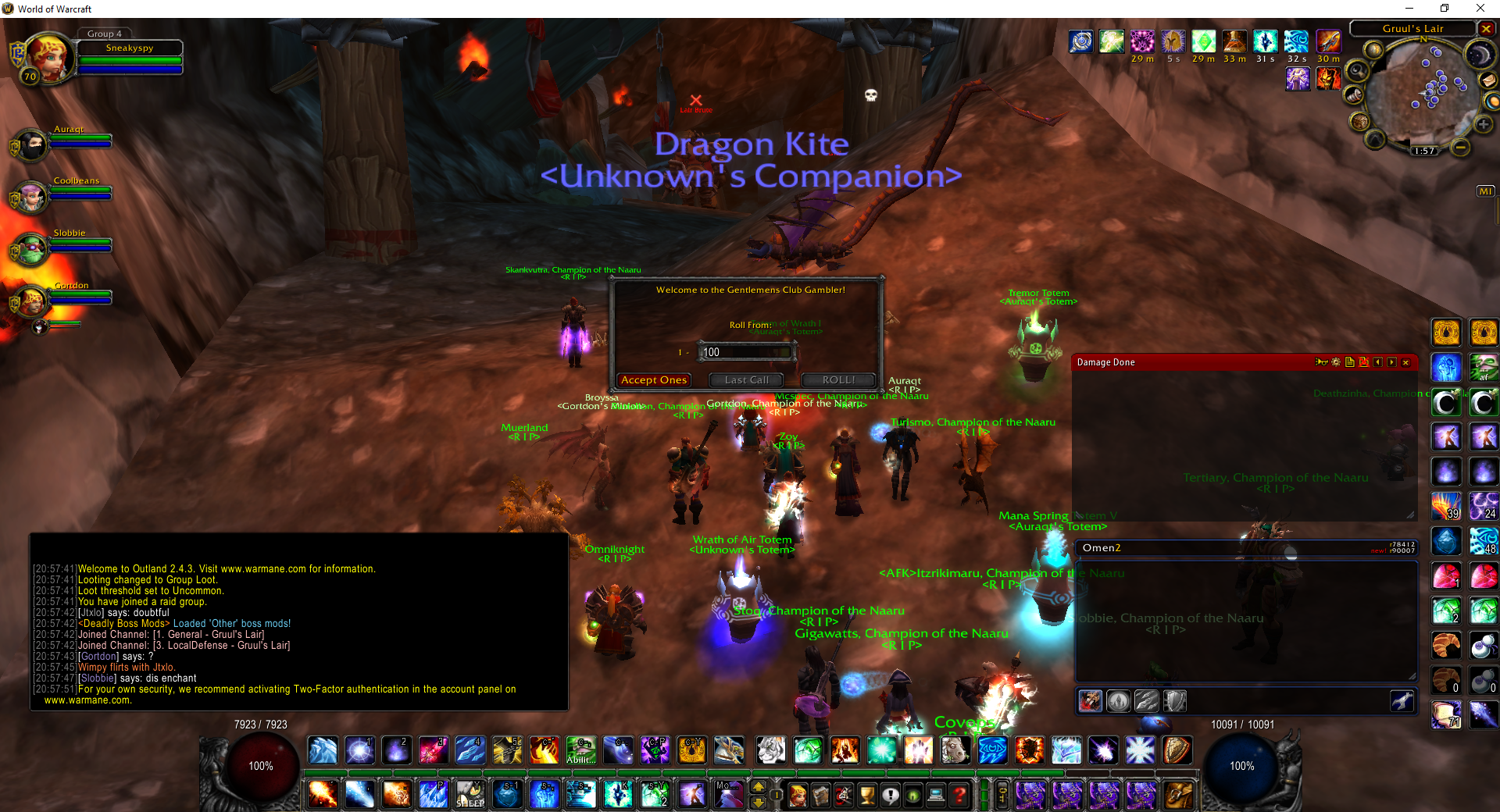