Routes allow you to draw lines on the worldmap linking nodes together into an efficient farming route from existing databases. The route will be shown (by default) on the minimap and zone map as well.Use /routes to begin.See spikey star-shaped routes?You haven’t optimized the route yet. Go into the route you created and optimize it. Instructions below.Quickstart:Video about configuring this addon.Download and install:

All mentioned addons are available in this private post!!Start up World of Warcraft and make sure all addons are marked to be loaded (in the addon selection screen).Importing into GatherMate2:type: /gathermate2

You can change the color in the ‘Line Settings’ tab (and also completely hide the route)Open your worldmap on the zone you just created a route in, and you will see a massive whirling of lines (light-redish).Changing/Optimizing your route:type: /routes 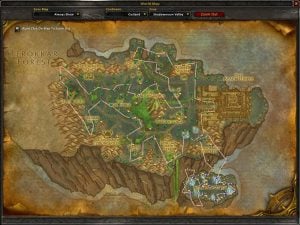