AtlasQuest is an addon for another World of Warcraft addon called “Atlas”. AtlasQuest adds a panel to the side of Atlas that lists most quests for a given Dungeon, Raid or Battleground.

It was originally created by Asurn in 2006. Since July 2007 it has been maintained and updated by Thandrenn (aka Mystery8).

Over the years there have been many contributions by the community. Most are listed either here or in the changelog.txt.

Information for AtlasQuest is gathered either first-hand in the game or from WoWhead.com.

NOTE:
You need both Atlas and the Atlas Classic WoW maps addons. The WoW Classic versions are not presently listed on WoWinterface. You can find them on CurseForge. 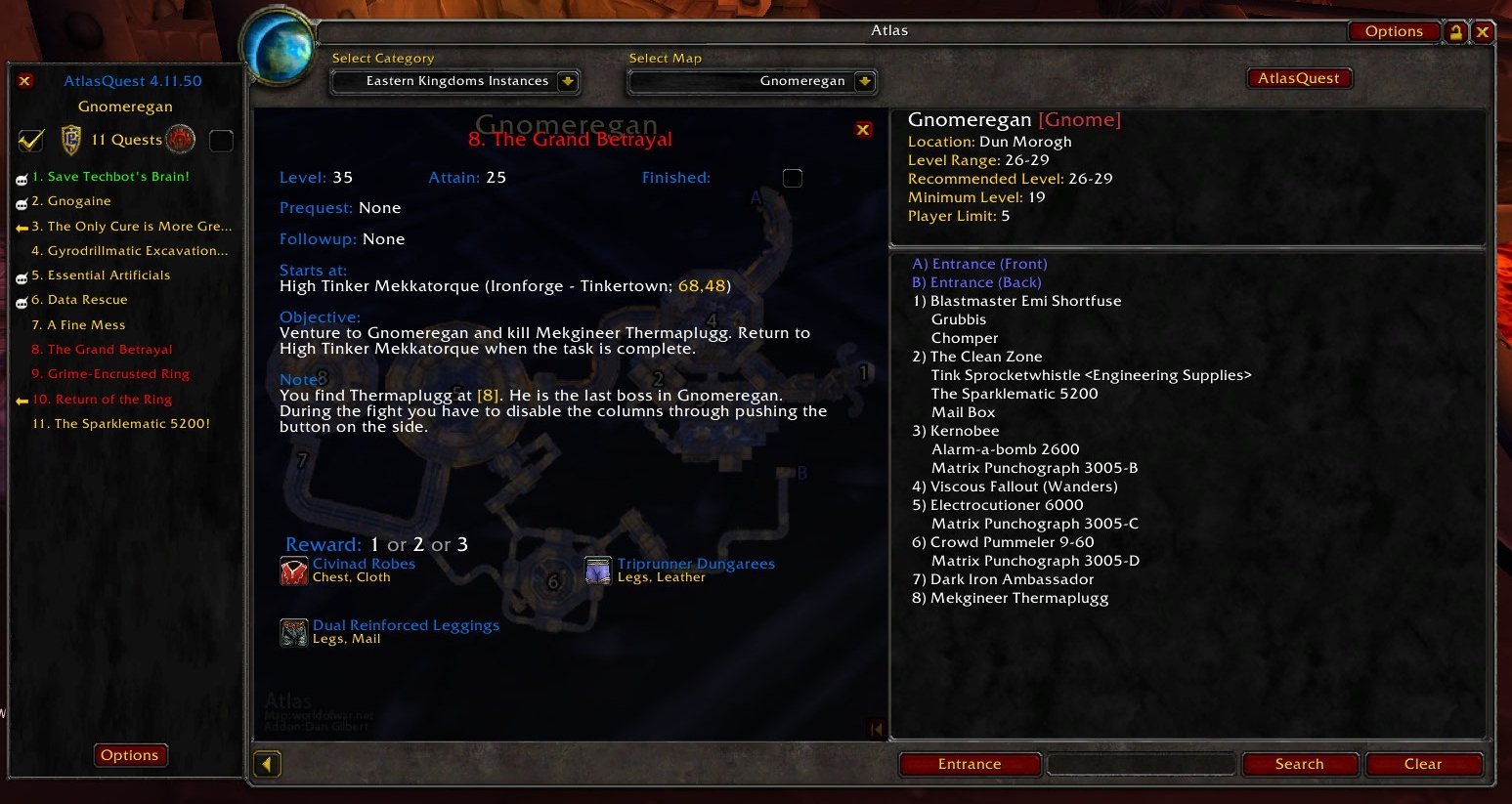