This is a full UI in a single addon, which mimics Diablo 3 both in visual styles and functionality.

This UI features mostly custom artwork by Goldpaw and some artwork based on modified screenshots from Diablo III. It’s written from scratch, has no dependencies, needs no configuration or setup, and is made to function as-is straight out of the box. It’s a project in constant development, if something isn’t there yet, it’s either coming soon, or easily provided by another addon. Check out the wiki linked below for suggestions!

Remember to check the “load out of date addons” checkbox in the addon listing on the character selection screen, or the game won’t load the addon.

Can’t express your love of this UI with words? Then a monthly pledge over at Patreon or a beer donation over at PayPal surely will do the trick! 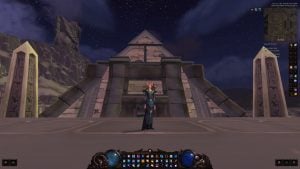